The events of this past spring have brought a high level of anxiety for our young athletes. As we anticipate the slow return of youth sports, how can we help our kids prepare for a changed world – on and off the court?  What roles should youth coaches and leagues play in helping guide their players through this time?  Where do we go from here? How can youth sports be used as a vehicle for social change?

Join us on on Wednesday June 24 as our terrific panel tackles these questions and so much more.  This special event will also feature a presentation from Up2Us Sports, the nationwide leader in engaging, training and supporting sports coaches to serve as mentors and role models to youth living in some of America's most underserved communities. 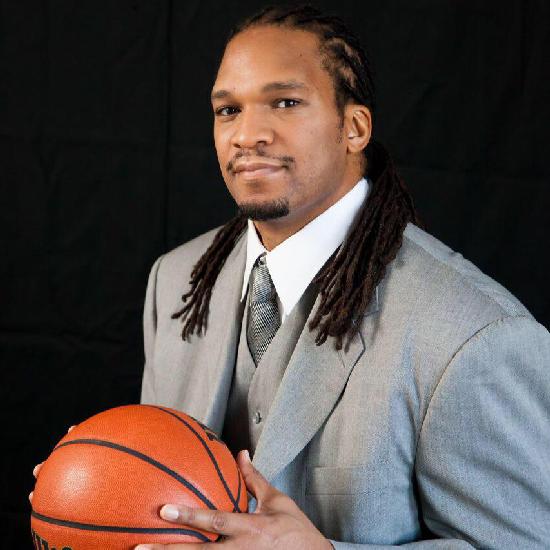 Etan Thomas is More Than An Athlete, he’s redefined himself “The Activist Athlete.” Thomas defies the stereotype of the apolitical athlete, planting his roots in his formidable literary career, passion for mentoring and civic engagement.

Born in Harlem, New York and raised in Tulsa, Oklahoma, Thomas’ childhood was surrounded by books on the civil rights movement, politics and the 1960′s. He was greatly influenced by his mother, Deborah Thomas, a schoolteacher, who instilled in her two sons to think critically and use their platform to make a difference. Etan Thomas has made his mark far beyond the boundaries of his 11 years in the NBA.

His latest work, We Matter “Athletes And Activism” was released March 6th 2018, Thomas has amassed an amazing collection of interviews intertwined with the heartfelt commentary of his own to create a masterpiece. You’ll read the voices of athletes, activists, media personalities, scholars, and the family of victims of police brutality. We Matter was listed as one of the top ten best activism books of all time by Book Authority, and tied for best non-fiction for 2018 by the African-American Literary Awards (AALAS). 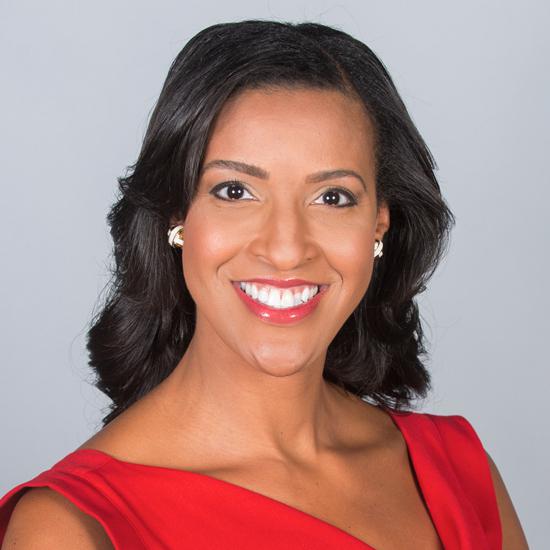 A four-year letter winner for the University of Maryland Terrapins from 1986 to 1990, she was an integral part of Maryland winning its eighth Atlantic Coast Conference championship and reach its third Final Four in 1989. As a senior, Winters Scott was named to first-team All-ACC, ACC All-Tournament, Kodak All American, and All-East Region selection as she led the Terps in scoring with 17.8 ppg. In November 2002, Winters Scott was named to the ACC’s Fiftieth Anniversary team.

Winters-Scott coached at a number of local universities such as Maryland, Georgetown, and George Mason for 10 years. She handled the recruiting efforts and was responsible for on-court practice preparation for the post players, film breakdown, and scouting reports. Following her coaching career, she accepted a position with NBC Sports Washington as a color analyst. From October, 2010-present, Winters Scott is serving as a color analyst for NBC Sports Washington, Fox Sports, and Raycom, and covered ACC, Conference USA, and CAA Women’s Basketball games. From October 2011 to present, she is serving as a color analyst for ESPN for ACC, SEC, Big East, NEC, and MEAC Women’s Basketball games.

In November of 2006, Winters Scott was inducted into the University of Maryland’s Athletic Hall of Fame, and in May of 2006, she was inducted into the first class of the South Lakes High School Hall of Fame along with the Phoenix Suns Grant Hill. During his induction speech, Hill said, “It feels good to be recognized as the male Christy Winters.” During the 2010 ACC Women’s Basketball Tournament, Winters Scott was named an ACC Women’s Basketball Legend. 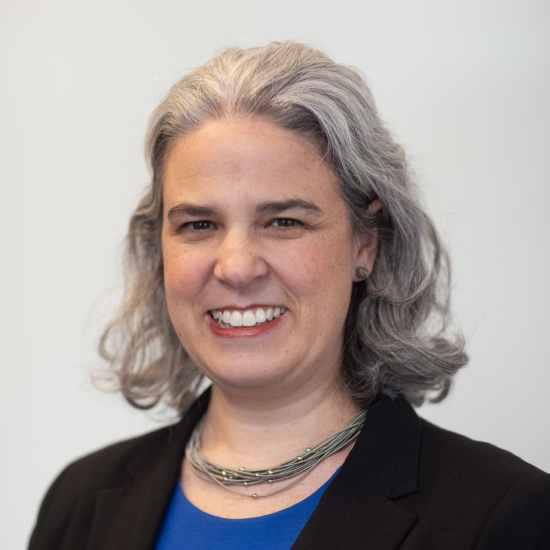 Jennifer has spent her career working to ensure all young people have the opportunity to thrive. As the Deputy Director for the Aspen Institute Sports & Society Program, she has a range of responsibilities for strategy, management, and community work. Previously, she was the Assistant Director for Policy and Partnership for the National Commission on Social, Emotional, and Academic Development, where she managed the policy subcommittee and Partners Collaborative.

Before joining the Aspen Institute, Jennifer served as the Deputy Director of the American Youth Policy Forum (AYPF), where she oversaw the organization’s work on education, workforce and youth policy to ensure all students graduate ready to succeed in college and careers. Prior to moving to Washington, D.C., Jennifer also worked as a classroom teacher, coach and communications officer.

Jennifer’s career began supporting the creation of a Summerbridge (now Breakthrough Collaborative) site in Atlanta, Georgia, an innovative model that provides summer and school-year programming to students from under-resourced communities through a teaching residency for college undergraduates under the guidance of professional teachers. Jennifer received her BA from the University of Pennsylvania and her MA from Teachers College, Columbia University. 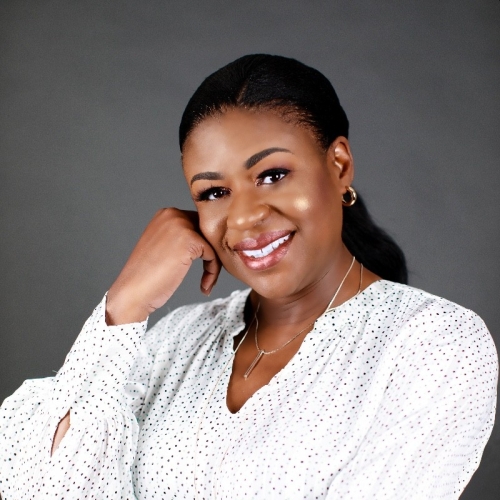 As the National Director of Strategic Partnerships at Up2Us Sports, Ahada is responsible for identifying and cultivating relationships with strategic partners such as youth serving organizations, sports teams and school districts. She currently manages high-priority initiatives with adidas and RISE to build expertise, outreach and delivery of cutting-edge training content that empowers coaches to address issues pertaining to gender, race and social equity. Prior to working at Up2Us Sports, Ahada worked in the mental health field as a licensed professional counselor for 15 years, used her counseling background to work in the mental training field with athletes and teams around mental performance improvement, and later received her doctorate in Global Training & Development so that she could further use her knowledge and skill set to improve performance within organizations. Additionally, Ahada is the founder and CEO of a non-profit, sport-based youth development organization, as well as a high school and club volleyball coach. 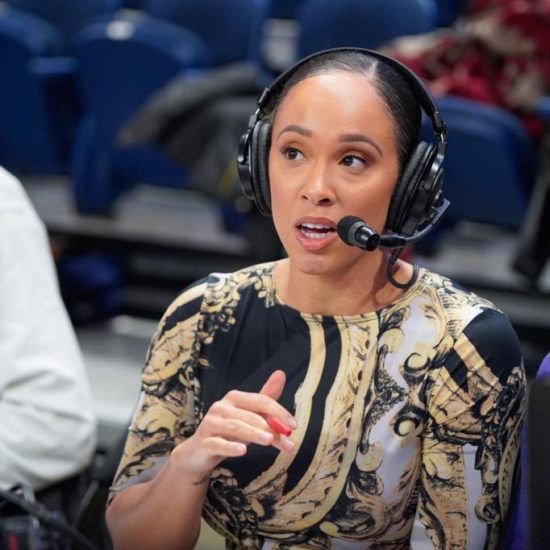 A former MVP point guard at Humber College in Toronto, Ontario, Canada, and a graduate of the school’s Radio Broadcasting program, Meghan shattered barriers as the first female play-by-play broadcaster in the National Basketball League of Canada. On top of that, the Canadian native continued shattering barriers, becoming the first and only female play-by-play broadcaster in the NBA G- League (formerly NBA Development League).

Prior to joining Monumental Sports & Entertainment, Meghan was the voice of Raptors 905, the G-League affiliate of the Toronto Raptors. She also hosted pregame, halftime, and postgame for the Toronto Raptors 2016-17 NBA season on TSN 1050 radio, and was an occasional guest analyst on NBA TV Canada “The Hangout” along with Bell TV “Open Gym: Fast Break.” 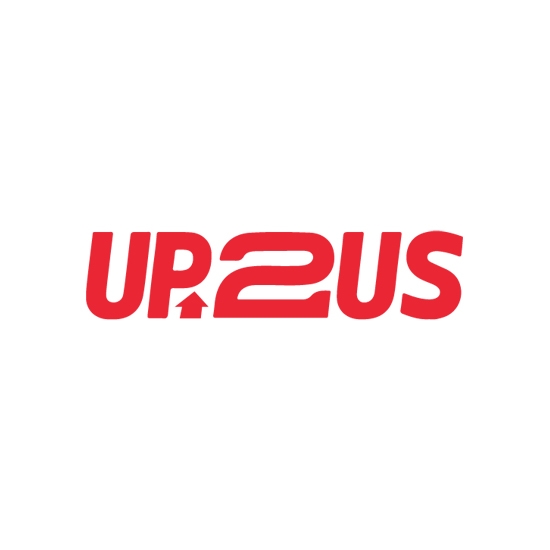 Up2Us Sports is the nationwide leader in engaging, training and supporting sports coaches to serve as mentors and role models to youth living in some of America’s most underserved communities.

The mission of Up2Us Sports is to engage, train and support sports coaches to transform youth, programs and communities.

For more information on Up2Us Sports visit their website at up2us.org